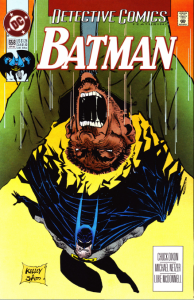 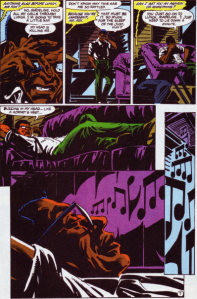 Lucius Fox is the intended victim in this issue, and we discover that Cypher uses muzak tapes, with his voice hidden in the recordings, to hypnotize his victims. 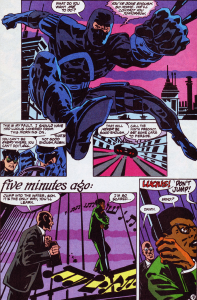 But once again, the read focus of this issue is on Azrael.  Batman tries to keep him marginalized, feeling that he is too muhc of a loose cannon.  But Azrael refuses to follow instructions, and winds up the one to save Lucius Fox when Cypher tries to make him jump from a bridge.

Cypher is not part of Knightfall, returning in the Robin comic.